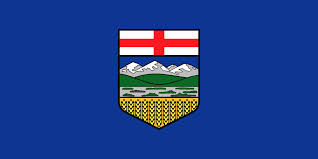 On July 22, 2014, the Government of Alberta passed the Employment Pension Plans Regulation that supports the Employment Pension Plans Act (new Act) that was passed in 2012, both to be effective September 1, 2014. Note that amendments proposed in Bill 10, the Employment Pension (Private Sector) Plans Amendment Act, 2014, are not included in the new Act. That bill has been referred to the Standing Committee on Alberta’s Economic Future for further consultation, who are expected to report back in the Fall of 2014. Therefore, rules related to the conversion of a plan to a target benefit plan have not been reflected. As a result, regulations related to Target Benefit Provisions and its funding are only in effect for post September 1, 2014 service. Collectively Bargained Multi‑Employer Plans (CBMEPs), formerly known as Specified Multi‑Employer Pension Plans (SMEPPs), will be permitted to have target benefit provisions for future service only under the new regulations.

For the complete article in PDF format please click on the following link: