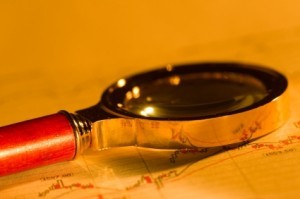 Canada’s GDP rose an annualized 3.5% in Q3 driven by net exports, consumption and inventories, following a 1.3% decline in Q2.  While a quarter of Canada’s oil production was temporarily halted in Q2 due to the Fort McMurray wildfires, oil production resumed in Q3 and this led to a surge in exports.  Canada is expected to further rebound with positive GDP growth in Q4.  The Bank of Canada has revised its outlook for Canada’s growth to 1.3% for 2016 and 2.1% for 2017, down from April’s projections of 1.7% and 2.4%, respectively.  Although oil prices have risen from the lows reached in early 2016, the viability of many energy-related companies continue to be challenged.

Gains made in a typical pension plan’s solvency since mid-2013 have been eroded by the combination of lower yields, negative capital market returns and the adoption of the CPM 2014 mortality table.  Since reaching a cycle high of 108% funded status in March 2014, the Pension Solvency Index has declined in almost every successive quarter.  At the end of December 2016, the PBI Canadian Pension Solvency Index stands at 99%, up from 90% at the end of September 2016.