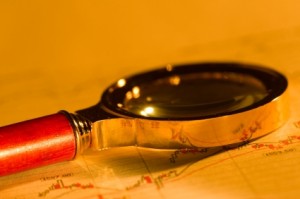 Canada’s GDP during the fourth quarter of 2016 grew at an annualized 2.6% following last quarter’s strong 3.8% growth.  Canadian GDP growth only started to slow down as oil prices started declining in 2014.  In fact, 2015 and 2016 were the only two years since the credit crisis where Canadian GDP growth was outpaced by the United States due to plummeting oil prices and the brief disruption in oil production due to the Fort McMurray wildfires.  Although there may seem to be concerns about the future of the Canadian economy, Canada continues to lead the G7 countries in GDP growth since the 2008 credit crisis.  Most of the contribution to GDP during Q4 was driven by net exports and consumption.

The Bank of Canada’s latest announcement in March provided a darker side on economic data as exports remain challenged with uneven export growth (uncertainty from possible U.S. trade policies), the temporary CPI increase in January, and continued weak earnings growth despite an increase in total jobs.  As a result, Bank of Canada Governor Poloz has kept the interest rate unchanged at 0.5% as Canada isn’t “out of the woods” yet and that the recovery following the past two years has been modest.  The Bank of Canada has since updated its outlook for 2017 with economic growth at 2.6% (up from 2.1% in January), 1.9% for 2018 (down from 2.1%) and 1.8% for 2019.

Since the end of 2013, gains made in a typical pension plan’s solvency have been eroded by the combination of lower yields and the adoption of the CPM 2014 mortality table.  Since reaching a cycle high of 108% funded status in March 2014, the Pension Solvency Index has declined to a low of 87% funded status in February 2016.  At the end of March 2017, the PBI Canadian Pension Solvency Index has risen to 105%, up from 99% at the end of December 2016.